SSU: we must never forget – we must defend democracy and human rights

Today we mark the Holocaust Remembrance Day. On this date, seventy-three years ago, the Auschwitz-Birkenau death and concentration camp was liberated. This is the day when we commemorate the memory of the victims of the Holocaust, but also when we remind ourselves of the appalling crimes against humanity committed during World War II. This is a day when we reaffirm our unwavering commitment to never forget.

But at the same time, anti-Semitism and racism are still prevalent in Sweden and Europe. Only last year, Nazi demonstrators paraded through Sweden in cities like Falun, Visby, Gothenburg and Stockholm. Synagogues and mosques are getting attacked because religious and political extremism is spreading. This development is not isolated to Sweden. All around Europe, we are witnessing increasing intolerance, far-right forces entering parliaments and young people being radicalized by Islamists. This is a dangerous and unacceptable development. We cannot take the fundamental principle of equal value of all people for granted. Neither can we take our democracy for granted. We have fought hard for our democracy and it is something we constantly must stand up for and defend.

Anti-Semitism and Islamophobia target individual minorities in our countries, but this type of intolerance is a threat to our entire democratic society. As a democracy, we have an unconditional obligation to condemn all forms of racism and religious oppression. Freedom of religion is a fundamental human right and we need to protect it. Vulnerable minorities must be able to live their lives without fear or threats when practising their peaceful religion.

Every year, on this date, we honour the memory of the victims of the Holocaust. At the same time, we have a responsibility to educate new generations about the Holocaust and the crimes committed against humanity. The Swedish Government has taken a range of measures in this area. In order to ensure that everyone knows about Holocaust, schools will receive grants to make remembrance trips to Auschwitz, and in 2020 Sweden will arrange a new conference of remembrance and education.

We have a global challenge with online anti-Semitism and Islamophobia, where hatred is spreading fast and more and more people are being recruited to violent extremist groups. One important step in the right direction is The ’EU Code of conduct on countering illegal hate speech online’, but this is not enough. More needs to be done to monitor social media and different forums online, it must be easier to report hate speech and enforce accountability. We simply cannot tolerate this type of intolerance spreading to new generations.

In the long run, we believe that education is the best weapon against extremism. And the fight against extremism must never rest. What took us a long time to build up can quickly be destroyed if we take democracy and human rights for granted. Democracy must be defended every day, by every generation. That is exactly what the Swedish Social Democratic Youth League will continue doing, and we encourage the rest of the world to do the same thing. 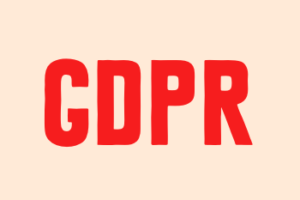